Our Service to the Community and the World

Our club was chartered on June 30, 2005 with the support of the Club Rotario de San Miguel de Allende. 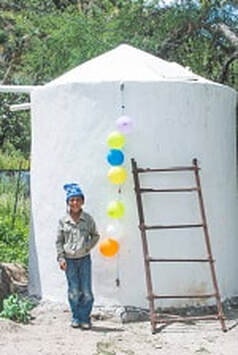 Current Projects
Our History of Community Service Projects
Rotary of San Miguel Midday has invested more than US$1,000,000 in our community. Here are some of our projects. The club has throughout its 15 years has concentrated on developing and implementing community service projects. The first project was implemented in 2007. The following list indicates the majority of the projects and their initial year of implementation. Some projects were implemented over several years. In total a little more than $1,000,000 USD equaling approx. $17,500,000 pesos has been invested in the projects.

Dedication of new water cistern in the community of Adjuntas del Monte.
February 2019