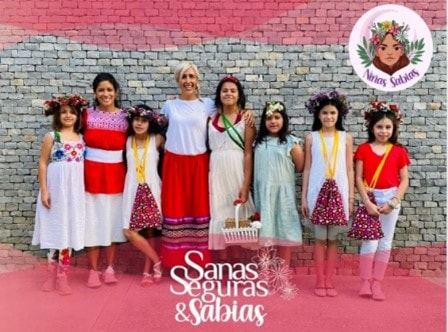 In 2019, Waylon Hedegaard and his wife, Renee Ewine, sold their possessions and moved to San Miguel with their four cats.  Soon thereafter, Hedegaard began walking the streets of this world heritage center and discovering mural art (also called graffiti art) in practically every colonia.  He began using his technological skills to photograph, video and map out the locations of the works that he found and sharing his discoveries with others. Some of the beauty is indeed hidden away in courtyards and alleys where not even taxi and bus drivers can readily see it.”

All the while, Hedegaard emphasizes that he is not a scholar of the works and not a tour guide, but simply a social creature who wants to appreciate what he sees with others who are interested and--when he can--interact with decision-makers, artists and certified guides for the benefit of the whole community.  For those who can’t tolerate what can be a challenging hike up and down hills to see the works, Hedegaard has also taken videos of some sites and shares them on YouTube.

During his sojourns, he’s met some of the artists (among them the artists known as Boomzer, Taz  and Cristian) and brainstormed with street art advocates.  For example, he met Colleen Sorenson, who worked with acclaimed artists to found the Muros en Blanco project in the Guadalupe Colonia.  Colleen informs us that murals of any kind were once illegal and not until 2013, were they able to obtain legal authorization to bring mural art into some areas of San Miguel.

As is the case with so many other expatriates who move to San Miguel, Hedegaard brings a fascinating background.  He started out as a biologist working at a local fish farm and finished his working career as the President of the North Dakota AFL-CIO.  He declares, “I’m unusual in that I’m a climate-change-believing ‘tree hugger’ yet nearly every dime I’ve made comes from the fossil fuel industry.” He has testified before various committees in favor of the rights of workers, women, indigenous people and the LGBT community.

This presentation will give our audience an opportunity to see some of the artwork across San Miguel and to learn more about the artists who have decided to use the walls of the city as a canvas for their expression.  We’ll also learn more about the roles of various art advocates, whether they be supportive citizens, tour guides and city planners and coordinators.

Join us on Zoom Tuesday, June 22 at 9:30 AM to welcome Waylon Hedegaard. Sign up below and you will receive login instructions.